Day Three in Namur, by the Spanish team

Wednesday. Around Belgium in a few hours

Some people believe in magic, meanwhile others only in what they see. But there is no doubt that everybody in the world has the power of imagination. And, whilst Jules Verne was able to travel around the world in eighty days, BEATS members did almost the same throughout Belgium, but in a single one.

Our flight took off in front of the hostel, where we were disseminated to different cars to “explore” different kind of companies. From the amazing visit to an archaeological dig to the useful view of how Social Services of Wallonia work, passing by the world of foreign trade, each group went out carrying their own expectations and came back with the responsibility of spreading the knowledge they acquired with the rest of the explorers. But that would be a task for the following day. 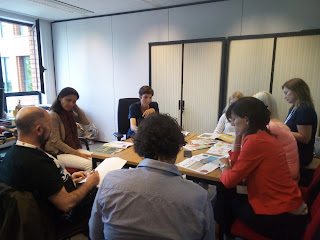 At noon, during a break for lunch, we all had the opportunity to exchange visions, opinions and experiences. But it was not the time for landing. Not yet. A couple of surprises were still waiting for us. 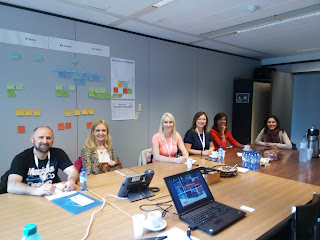 After a nice walk (all walks are in Namur), we arrived at a gorgeous place located on the other side of the river: L’Elysette. For a while, we forgot the highly complicated politics of Belgium, though we were immersed in the centre of the power of Wallonia. That palace, surrounded by a little but cosy garden by one side and the river by the other one, involved us in such a different atmosphere, that all what we listened were easily absorbed. 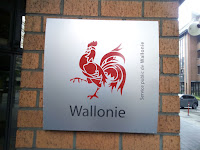 Coming back to the centre of the city, the landing track appeared when we went out from the Province Palace. Something else to learn, and the feeling of being like a politician, when they allowed us to sit in the same places than them. 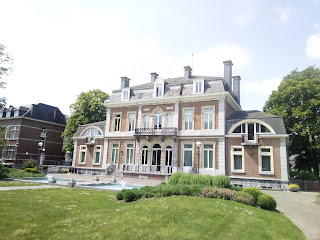 But, does it mean that the day had ended? Obviously, it hadn’t. Spread by the streets and squares of Namur, all of us enjoyed (for the third day in a row) our free time in that dream city. 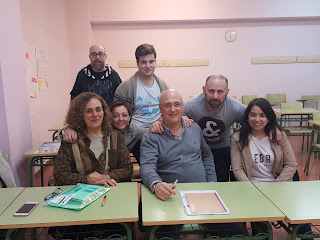 The BEATS Project for me by Alfonso from Spain

I remember that day leaving my English class and saw that poster (Erasmus + Program, Beats) and felt a great interest in learning more and there was Maria to give me more information and feel still more interested. Then we were ready to start this adventure of learning and fun.

We started the lessons and without realizing the mobility to Mieres was there and we had the important task of being the first hosts in a week that was going to become unforgettable. We started with some problems, but we surpassed ourselves and we went ahead trying to make the stay of our international mates as good as we could.

And the end of the week arrived, and the moment of the sad farewell, because despite the short time, a great friendship was created among the participants.

And the year continued and we had to continue learning and practising to be good BEATERS, and suddenly February arrived and the time to prepare things for the trip to Estonia and Latvia, in which my mates learned and enjoyed a lot, …

Mobility to Namur: Impressions by Ana from Croatia

I had a great time in Namur thanks to a well-organized schedule and the warm hosting.
What I admired at the mobility was practising English skills, meeting new people and hanging out with them, learning about different cultures and enjoying the beautiful historical places of Namur.
It was quite challenging since we had to speak English for one entire week with people from different countries and different cultures. Although there were some language barriers, I found it useful to encourage myself to explain to my colleagues what I wanted to say. Despite that, we were successful in communicating with each other, learning and having fun during the whole week.
Moreover, we had the opportunity to learn different aspects when starting up a business. We met professionals from several fields – finance, graphic and design, marketing and consultants. They did not hesitate to help us and highlight all the details that we should look up if starting up a business. At the meeting with professional…